Why an Electric Car makes Sense 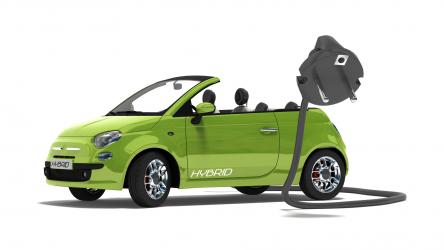 Ok so I am a car enthusiast by the book. I only drove German cars all my life (except my beloved 1972 Triumph TR6 which I restored in many years of tedious work). My most recent cars were the Porsche 911 C2 Cabriolet, an all time classic and as good as driving gets on a mountain road in the Alps. No speed limits are most helpful, because seriously what are you going to do with all that horse power and handling on a road in the US? Second gear will take this car to 70mph or so, well over the speed limits in this country. Well you have 4 gears more to go.

With the arrival of our 1st daughter my wife told me it was time to grow up. She’s been trying to tell me that ever since we met, albeit with little success. In this case though I did take the hint that a Porsche 911 was apparently not the right vehicle for an infant. 5 years later with several hundred loadings and unloadings of child / seat / gear, I do concur, but not because I have grown up. Its just a little impractical.

So I sold the beloved Porsche and bought an Audi S6. The S6 clearly is a sedan and appease my wife. She didn’t notice the 500 hp V 10 until several months later on the highway. I figured having the 1st child was putting me well on the road to owning a minivan, so might as well live it up while I still could.

Within the next couple of years of joyful driving, I did come to the realization that the incredible power of the engine wasn’t put to much use. German cars are incredibly fuel-efficient, so this certainly was not a gas guzzler but a V 10 is a V 10.  Worse even, on road trips to Orlando and further despite traveling at high speeds, I realized that a simple gas stop with a coffee break with eradicated my lead on minivans and Toyota Priuses on the freeway entirely.  In Germany this would have never happened, because I could have more than compensated by traveling at 200+ miles an hour sans any speed limits on the freeways. But not here.

My daily trips to the grocery store or the Home Depot did yield me an incredible advantage over drivers of Toyota hybrids or similar inferior vehicles. Thanks to the 500 hp is under my hood, I was able to leave them in the dust at ever traffic light. and thanks to my ceramic brakes I was also able to bring the 4,500 pound vehicle to swift stop at the next light. I just had to hold on to all my stuff so it wouldn’t fly all over the place. During this procedure, the seat belt restraining system kept me from hitting the dash with a reassuring force.

The problem was just that there was that annoying Prius again. And again. Every light. And even worse, the guy looked so relaxed. Something was wrong here.

Lead Acid batteriesLead acid batteries are the leading component for the electric car industry today. The reason is clear: their ability to provide the high surge currents needed